Cryptocurrencies have transformed the business world by adding yet another asset that individuals and organizations can invest in. Although only 4% of people presently trade with digital money, the number of investors is increasing steadily all over the globe.

Want to know the best cryptocurrency to invest in?

It is a crucial decision to choose a coin to invest in with a plethora of them. Though much focus has been on the dominant cryptos, new coins are aiming higher and will soon rise in popularity. Here in this article, we are going to tell you about the 11 Best Cryptocurrencies to Invest in the Long-Term.

Bitcoin has been around for the longest of any cryptocurrency. It’s easy to see why it’s the leader, with a price, market cap, and volume that’s much higher than any other investment option. Even with thousands of other cryptocurrencies on the market, Bitcoin still represents 40% of the cryptocurrency market cap.

Many businesses already accept Bitcoin as payment, which makes this cryptocurrency a smart investment. Visa transacts with Bitcoin, and Tesla CEO Elon Musk recently invested $1.5 billion in it. Plus, the larger banks are beginning to incorporate Bitcoin transactions into their offerings, too.

Ethereum ranks as a somewhat distant No. 2 to Bitcoin on the list of the most popular cryptocurrencies. Its market cap is hovering around $500 billion, less than half the size of Bitcoin. But some believe that Ethereum will be the next Bitcoin. The key edge for Ethereum is its real-world utility.

Its blockchain supports smart contracts that can be used in a wide range of applications. In particular, Ethereum is well-suited for creating non-fungible tokens (NFTs). Whether or not the cryptocurrency knocks Bitcoin out of the top spot in the future, Ethereum appears to be in a good position to stand the test of time.

Binance is one of the few cryptocurrencies to reach its peak after 2017. During that year, there was a bull market and the price of all cryptocurrencies rose on it, reaching a peak before plateauing and decreasing in value.

Unlike other cryptocurrencies, Binance Coin continued a slow but consistent trend upward after 2017. Because of its performance, Binance Coin has proven to be one of the more stable investment options, posing fewer risks.

Since the turn of the year, the UNI price action has been quite positive. UNI has outperformed numerous other Defi currencies from the beginning of 2021. The token has gained approximately 800 percent since January 1, 2021, when it hit an all-time high of $44.97 on 3 May.

Despite the fact that the token just experienced a steep drop in value, investors are still flocking to the UNI market due to the project’s excellent fundamentals. According to technical analysis, UNI has recovered in recent weeks and has overcome some big obstacles to retake the $33 support.

Tether ranks as the No. 4 most popular cryptocurrency in the world. Its market cap is around $73 billion. But among stable coins, Tether takes the top spot. All stable coins tie their value to another asset. For Tether, that asset is the U.S. dollar.

In theory, Tether is like a “crypto-dollar” that should maintain its value in a similar way as physical U.S. dollars do. However, there has been some controversy over whether or not Tether has sufficient reserves to back all of its digital coins. The U.S. Treasury Department recently called on Congress to take action to address the risks that could be posed to the economy by stable coins such as Tether.

XRP was created by the founders of Ripple, a global payments network that counts major banks and financial services amongst its customers. Ripple is an open-source platform that can enable a seamless transfer of money in any currency- whether it is dollars, euros, yen, or cryptocurrencies.

Tezos is a decentralized blockchain network supported by validators and developers. Tezos currently trades at $ 2.74 with a market cap of $ 2,032,636856. Affordable staking is available for users depending on their limits. Delegation of awards is also possible and receive awards after approximately 20 days. It deploys a liquidated Proof of Stake system whereby you can delegate tokens to validators, or you can simply become a block validator.

Through the liquidated PoS system, users also have an opportunity to govern and make amendments to the system. Tezos is less prone to attacks by cybercriminals because of its smart contract protocol, which is valid and secure.

A third-generation, decentralized proof-of-stake (PoS) blockchain platform named Cardano has been designed to be a more efficient alternative to proof-of-work (PoW) networks.

Cardano works like Ethereum and enables decentralized applications and smart contracts. It is powered by ADA, which is their native coin.

Cardano’s ADA token has also witnessed modest growth since the time of inception till today if we need to compare it with other major crypto coins. When incepted in 2017, ADA’s price was $0.02, and today, it is priced at $1.34, which is an increase of 6,600%.

Launched in 2014, Monero is a decentralized Proof of Work system with a market cap of $ 1,341,710,290 selling at $76. It provides you with the most secure platform to transact that uses advanced encryption equipment. Miners are responsible for providing the security required to prevent the risks of hacking or errors.

In the PoW algorithm, you can achieve XMR coins with the help of computerized protocols that solve complex mathematical problems. Everyone can contribute to the development program and the information displayed to the public. Monero XMR is acceptable to various business merchants as a mode of payment since it is a currency.

Apollo Fintech is taking the reins in the fintech world, and Apollo currency is among its best innovations yet. The coin is the most feature-rich in the market, integrating all mainstream cryptocurrency properties into one. Anyone can create advanced tokens in seconds without complex code on its token system.

It is so far the world’s first blockchain to implement database level sharding with other technologies such as atomic swaps, adaptive forging, Apollo updater, node synchronization, and many more. Their wallets are also the first to be quantum-resistant, facilitating private and public transactions at sub-seconds to 2 seconds per transaction.

The coin use cases transcend regular crypto uses penetrating to government and national bank levels. Soon, the currency will introduce the world’s first dApps with limitless storage. Safe to say, this is the most advanced coin and should be a consideration for you in terms of investment. You can get it from the best exchange for APL, BitMart, HitBTC, etc.

Conclusion: Cryptocurrencies establish that investment should not have limits due to geographical boundaries. Thus, more companies are pushing towards experimenting with new coins in the market for more use cases if not all-inclusive.

Now, investing is a click away with the above cryptos supported on different exchanges besides their own. Also, they offer users an in-built wallet for the safekeeping of their digital assets. Overall, these coins hold a future brighter for their advancements and improved user experience 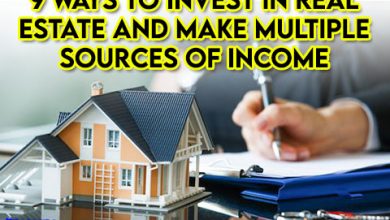 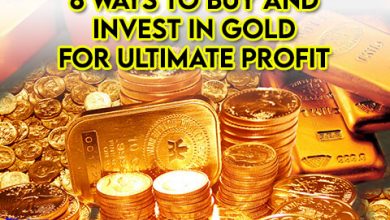 8 Tips to Buy and Invest in Gold for Ultimate Profit 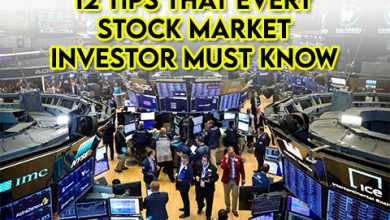 12 Tips That Every Stock Market Investor Must Know

Back to top button
Close
Close